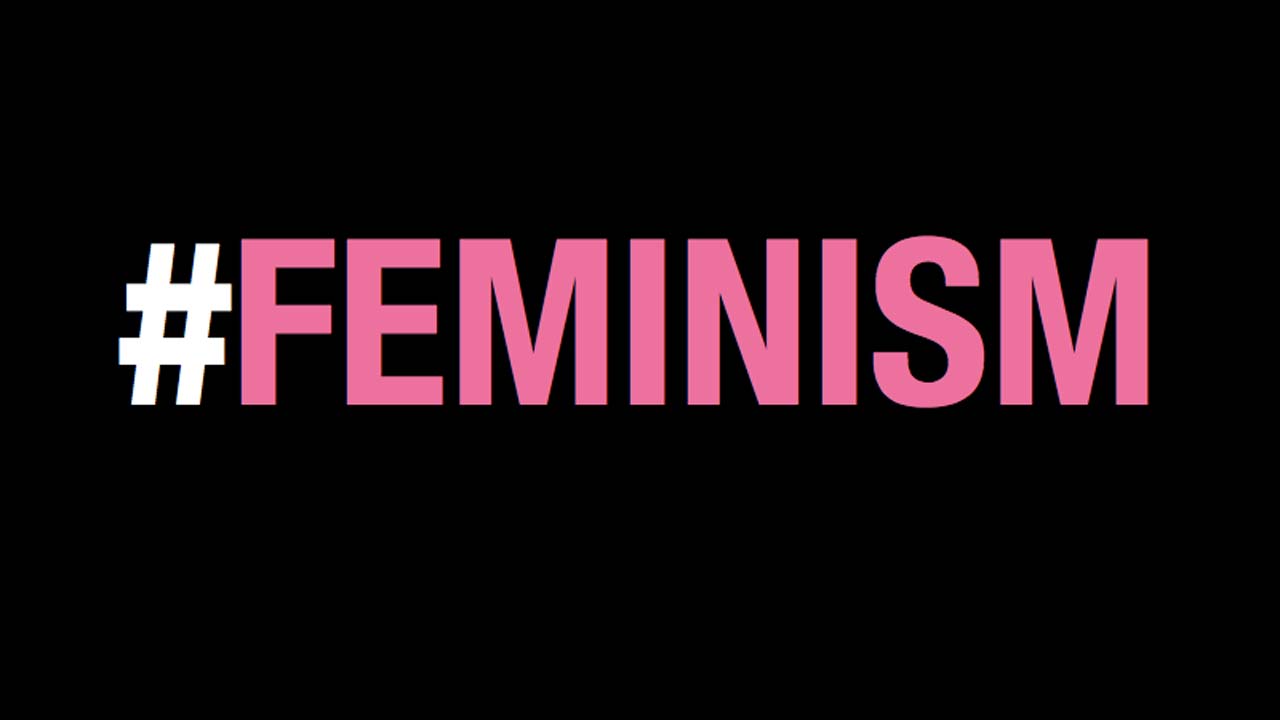 Scroling through Twitter, I came across a young lady that I follow named Destiny (who always speak the truth, in my opinion). She had retweeted a thread that she’s shared many times before. Not long after she shared it, the “easily offended” herd of people – who are the loudest in society – jumped into her mentions and started accusing her of slut-shaming. As I saw this, I was reminded of the many times that people have accused me of slut-shaming also for having the same opinion that she has.

The opinion, we both have, is that people should stop having sexual relations with people that they do not know, do not care about and are not willing to actually exchange energy with – because having sex with someone is deeper than most believe. Destiny also advised people to be much more careful with who they have sexual encounters with, as they don’t want to have soul ties to a dangerous person – or transfer their own poisonous ties to an innocent person. She wasn’t only talking about those who are completely lost, and sleep with any and everybody, but even those who are well aware of how sexual energy is transferred – and know how to cleanse (and heal) themselves of soul ties – are also advised to be careful too.

NB. She tweets a lot, so when I went back to copy the thread link it was taking too long to find it, so instead here is the link to a YouTube video that Destiny made after the thread – covering what she said and why.

Growing up, someone telling me to be careful meant that they cared about me and didn’t want me to harm myself, or harm something else (e.g. break something). This wasn’t something that only I experienced, as many other people grew up the same way – I mean, you can’t even spell careful without care, right? So, when exactly did a genuine act of caring for someone become an “offensive” act?

Since it became the time of the easily-offended, and also the time where people are promoting the most damaging lifestyles to others in order to turn society into a horrific place – and unfortunately it seems that they’re succeeding!

When the whole “stop slut-shaming” movement really started getting serious, I thought it was interesting. There were many links made with that and the movement to end rape culture, which sounded great. It was promoted as something that stood against men calling women sluts for what they wore, or feeling that they could sexually assault women and try to excuse it because the woman looked sexy or promiscuous, and so on.

If the movement stayed like that, I’d be all for it. People can wear what they want to. However, I care too much and I still wouldn’t want someone to wear something that would harm them (e.g. I wouldn’t advise a someone with pneumonia to go outside in a swimming  costume on a cold/rainy day) but that’s me, and people will do what they want. Also, no one is allowed to make any sexual contact with anybody that doesn’t give them consent, so there will never be an excuse for it in my eyes. Therefore, I’m against anything that goes against that.

As it unfolded, another message started to surface – which I’m totally against and just couldn’t understand.

Women that sleep around with multiple people that they don’t know started to tell others females, including young girls/younger ladies, that it’s okay to sleep around and have one night stands etc. to fulfill their sexual needs and desires. These women try to disguise themselves as feminists, but advising young women to put themselves in situations that will not have a positive impact on their well-being is not feminism – it’s pollution.

If you want to sleep around with strangers, that isn’t something you should advise others to do too. It’s not healthy, and unhealthy things should not be promoted to others. If you want to harm yourself mentally, because sexually exchanging energy with multiple different people that you don’t know is harmful, then that’s your personal decision. Stop telling our young queens that it’s okay, it’s not.

Using myself as an example, I’m not sexually active, by choice, so I haven’t ever been involved in a harmful sexual energy exchange. However, something harmful is my smoking habit. I smoke cigarettes, and it’s not healthy at all. That is my personal bad habit and I would never advise someone to smoke cigarettes. People say things about smokers all the time, such as how unhealthy it is and how silly it is to smoke. I agree with those people, smoking is a terrible thing. I started smoking as a coping mechanism whilst dealing with trauma that I clearly haven’t overcome, or dealt with properly, and I’m continuing to work on it. That doesn’t take away the fact that it’s disgusting and I should stop. The day that I stop smoking will mean that I’ve accomplished something, and the day that others quit their bad habits will be an accomplishment too.

Bad habits are not to be promoted.

If you’re sleeping around with multiple random people, it’s the same as any other unhealthy bad habit – there is a negative root cause as to why you are doing it. You need to search internally to find out what’s damaged, instead of externally being wrong and strong and promoting the same unhealthy lifestyle to others.

It’s not fair to put that mental disease into the heads of other vulnerable women because it’s comforting for you to have others in the same low position as you. They don’t deserve that; and neither do you! 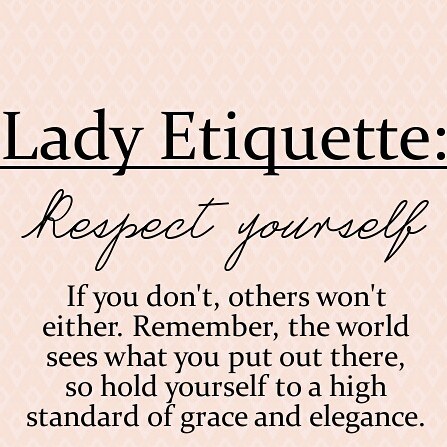 A slut is defined as a woman who has many casual sexual partners – that is the meaning I’m referring to when I say the word slut.

Ultimately, if you want to be a woman who has many casual sexual partners then that is your personal business, the same way me choosing to smoke is my personal business. Stop trying to make it everyone else’s business by promoting your unhealthy ways; clothed in a false “liberation” blanket. There are many ways to feel liberated and sleeping around is not, and will never be, one of them.

Having sexual contact with people that you don’t know is unhealthy. Just like sharing a drink with a stranger is unhealthy, or wearing someone else’s dirty underwear is unhealthy. It’s unhygienic and careless – and it’s a cop out to try and excuse it by screaming feminism.

Not only could you contract sexually transmitted diseases and get pregnant for a stranger but you most certainly will have your soul tied to the individual that you have intercourse with. Their demons are now your demons!

You may be thinking that it sounds so far-fetched to have your soul tied to another, and for their demons to be affecting you but it’s true. Think about the times that you’ve slept with a stranger and then found yourself talking about them, like you know them, afterwards to your friends. You don’t know them. Why are you talking about someone that you don’t know, all the time? Do you not feel strange?

How about the one-night stands that have ended up with you stalking the persons social media afterwards? Stalking isn’t healthy, and it was just “a bit of fun” right? So, why are you looking into their life? That’s not fun. Their life is not your business. Wait, I guess you think that sleeping with that person gives you rights, don’t you? Well it actually doesn’t because you didn’t actually establish a bond, or genuine connection, with them first. You’re being weird now.

You’re still strangers, strangers that are tied to one another. You might know if they have a dimple on their bum, or what their skin feels like on yours, but you don’t know them. Strange isn’t it, to still be strangers with someone that you let inside of your body?

When I question these actions that I would call “loose”, people accuse me of slut-shaming – which to me means that slut-shaming no longer has anything to do with ending rape culture, because I’m all for that movement. No, instead it’s meant to promote promiscuity and unhealthy actions. My use of the word loose, is just another way of me saying careless. When I say loose, I’m not only applying it to sex; as I mentioned earlier, smoking is bad, and that is a loose action of my own.

Call me what you may, it’s all sticks and stones to me. People’s opinions don’t bother me because I’m comfortable with who I am. Which brings me to another point…

If you’re proud of what you’re doing, so proud that you’re promoting it to young girls, then how could you possibly feel shamed? No, not even how, but why?

I’m not ashamed of anything about myself, whether people agree with it or not, and I walk through life with pride that I am unapologetically myself. If you’re unapologetically yourself, and proud of it, then why are you offended? Why does what I think bother you so much?

Are you really proud to be having casual sex with multiple partners, or do you just want to be a part of a minority movement so that you can play the role of a victim; and have the world feel sorry for you? 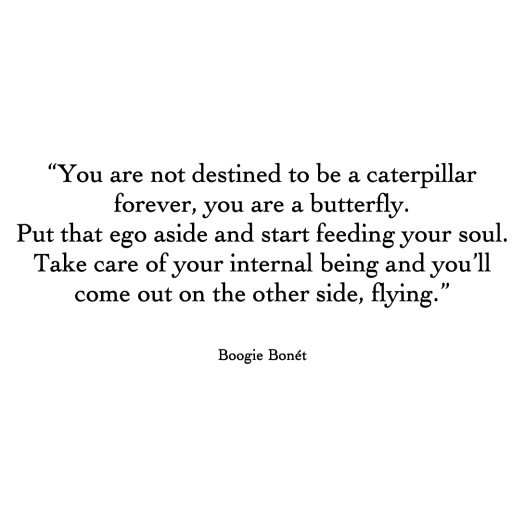 If you feel ashamed then that means that you’re not 100% comfortable with, or proud of, what you’re doing, and that is okay. You can change. You don’t have to be a caterpillar for the rest of your life, you have wings that want to come out so that you can fly. Search inwardly, take some time to work on you, and allow that beautiful butterfly within to be free – and meet the world.

If you’re still breathing then it’s not too late to turn your life around.

As an adult, it is my responsibility to live in my truth – first and foremost. Then, secondly, to protect the children by all means necessary.

Polluting the minds of children with immoral ways of living, that will have detrimental effects upon them, mentally and physically, is something that I will never promote – nor will I ever stop speaking up against. I am for the children.

The children are our future.

I care about the world and I want people in the world to care about themselves and others too. It sounds like such a simple thing to want, but so many people are being led by demons that are completely against love leading the world. Although the fight against evil is draining, children still exist so the fight is still worth it.

Dear children, and the youth, I will never give up on you.

Thank you for reading.

🎙 The ‘Are You Still Enmeshed With Your Parent’ episode of @mysacredreturn podcast we discussed parent-child enmeshment, and the affects it has on children and then later the affects it still holds in adulthood. This slide simplifies what mother-son enmeshment looks like.⁣
Did you know that these 8 teas can help reduce anxiety? 🍵 ⁣
If you’re struggling with codependency and you’re looking for a book to help you along the way, here are four recommendations of books that could individually change your life!⁣⁣⁣
This weeks podcast episode we’ll be joined by @slaywithslice for a great conversation about addressing our old narratives, father-daughter wounds showing up and people pleasing 🎙 ⁣
Did you know there is a link between endometriosis and abuse during childhood?⁣
This is a sign for anyone in an abusive relationship being convinced to stay for the children’s sake. Staying doesn’t benefit the children, nor does it benefit you. It benefits the abuser and allows them to continue physically and emotionally damaging you and your children. It also enables them so they never have to look within themselves and truly learn the errors of their ways to heal.⁣